We had the privilege to sit down and chat with one of the leaders of the media and tech world, Angela Priestley, CEO of Women’s Agenda magazine and an entrepreneurial leader for women in tech. We found out how it all began and what’s next for the future of diversity in tech.

From a young age, Angela knew she wanted to be in media but becoming an entrepreneur was something less than expected. Looking back, it’s easy to connect the dots between Angela’s media and startup ambitions. At the young age of ten, Angela started her own local magazine print called ‘What’s New’. It featured stories gathered from around her neighbourhood.

“It seemed natural to do. It was interesting to me because I’ve always had that entrepreneurial bug, although maybe at that time I wasn’t articulating it.

From Print to Publisher, and everything in between.

At university Angela studied journalism and, after spending some time traveling overseas and freelancing, she landed a job with a big tech magazine. Having no knowledge about technology at the time, she admits it was a steep learning curve: “It was enterprise technology, not even consumer tech. But I had a lot of fun and it was a really great space to learn. It taught me the importance of working with really great sources, making contacts and understanding that you needed other people to get the help and information that you need.”

Later on in her career she edited various business publications, before starting to work at Private Media. It was here that she was given the opportunity to launch a brand new publication for women called Women’s Agenda. Angela reflects: “This was back in 2012 and at the time there wasn’t much out there that talked specifically to professional and entrepreneurial women within in the context of their career and how we work.”

When she was on maternity leave with her second child the opportunity arose to acquire Women’s Agenda from Private Media. Angela didn’t hesitate and began publishing when her newborn was only six weeks old.

“It’s just nice to find people who are also doing that, who are crazy enough to do that.”

Even though it’s not a new concept, Angela admits that juggling a business with kids can be tricky, “It can be really hard when you’re in a mothers group or when you are talking to other mums to express that you have something else going on.” She states. “Especially something really big, like running a business. I know there are women in a similar situations in the SheStarts program and I love meeting women like that. Your head is all over the place and it is so exhausting and so it’s just nice to find people who are also doing that… who are crazy enough to do that!”

Looking back at her leadership journey Angela recognises the need for young women to take opportunities as they come. It’s important to take risks and to not only work hard, but also to work smart: “So many people end up waiting. Waiting for the right amount of experience, waiting for the university degree, waiting until you get that promotion or waiting for someone to give you an opportunity. That can be a real trap and I think it happens to a lot of us in our twenties. We think that these things will just come, that if you just do the right thing, if you work hard, if you put your head down, those things will come with time. But it doesn’t work like that.”

Celebrating the leaders behind closed doors.

With the Women’s Agenda Leadership Awards now in its fifth year, Angela says the program has evolved quite a bit and in particular shifting it’s focus to exposing emerging leaders: “When we first launched, we wanted to look at incorporating an awards program that would recognise women across different professions, who were just doing really great things in their leadership. We have since moved to trying to identify emerging leaders, because I think that there is a lot out there now recognising women who have already been recognised – women who already have a great social network and a great professional profile – which is wonderful. These women completely deserve it but we are now looking at how we can go expose that one level down. In particular we want to find people who have their heads down, and might be, but not necessarily, juggling other things like a family on the side or going through a really difficult period. We see a lot of women drop out of certain professions or step off the leadership ladder; we want to try and capture those people and say ‘look, we want to celebrate the talent that you have now’. 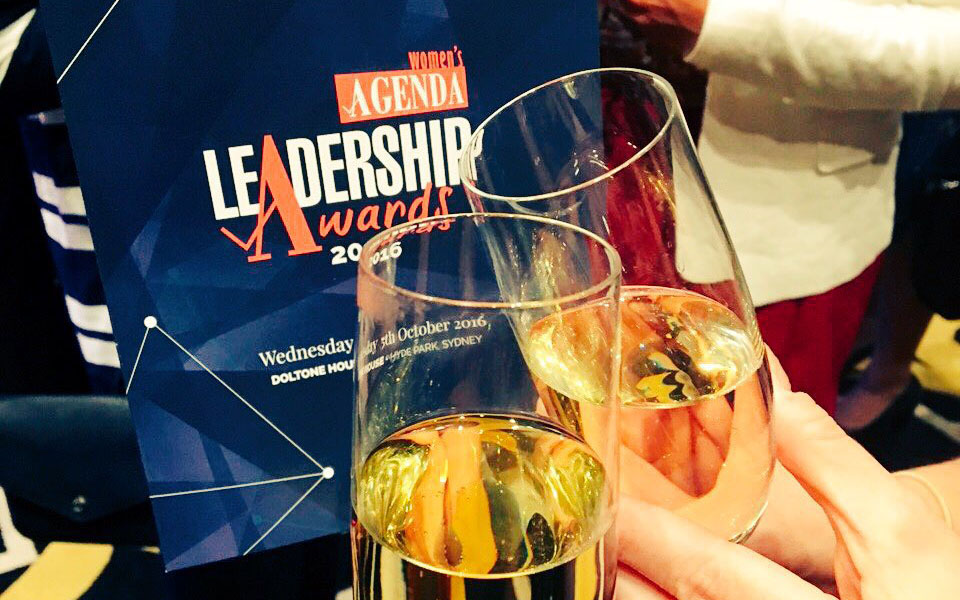 Diversity for the win #ftw

For future leaders, Angela believes collaboration will be essential: “We are going to be seeing a lot of change. There is always change. That’s nothing new. But the change we’re seeing now is one that if you’re not on board with – where you are not willing to understand and you are not willing to collaborate with others to understand – you will be left behind. Future leaders will not necessarily be doing it all, but they will have the capacity to bring in people they need to help them make the right decisions. They will need to understand that they need diversity in people and that expertise will not come from people who all look the same.”

“They need different ideas, they need to be able to innovate, they need the people who bring something personal and individual to the table.”

We are super excited for the Women’s Agenda Leadership Awards 2017. Last year BlueChilli’s CIO, Colette Grgic was recognised as an Emerging Leader in Tech. This year Anna Wright, founder of BanjoMaps and alumni of our first SheStarts cohort has been selected as a finalist for the Emerging Entrepreneur of the Year.